Founded in February 2017, the award winning WA Wind Symphony seeks to redefine perceptions of what a concert band can be. The ensemble provides musicians with the opportunity to challenge the boundaries of instrumental performance, focusing on music written specifically for the symphonic band by composers from all around the world.

At the 2017 WA Band Festival, the ensemble gave its first ever public performance and won the A division championship trophy. The ensemble has won each subsequent state championship in 2018, 2019 and again in 2021 after the 2020 competition was postponed due to COVID restrictions.

In their first ever entry into the national arena, the ensemble was awarded three platinum awards and one gold award at the 2021 National Online Festival of Bands, the highest number of platinum level awards granted in the A Grade category in that festival.

Applications are now closed for the 2022-23 WA Wind Symphony Season.

"Being in the Western Australian Wind Symphony has been an absolute delight with the members being tremendously supportive of each other. There is no better place to improve your ensemble skills and challenge your abilities as a musician than with this wonderful community." The WA Wind Symphony is not a youth ensemble. Players are accepted based solely on audition performances, regardless of age. In our 2021-2022 season the ensemble featured musicians aged 17-60, and brought together musicians from various backgrounds and levels of experience.

In their upcoming season, the ensemble will be launching its new mentor program. Players will be able to further develop their skills by receiving expert performance advice in rehearsal from professional musicians.

"As a younger member I have loved being a part of the ensemble as I have been surrounded with lovely people to play with and learn from. The repertoire is always exciting as I feel it brings out the unique skills and colours of each section. It is a highlight of my week and I am so grateful to be a part of this wonderful community of musos."

In our upcoming season we have exciting events planned for the WA Wind Symphony: "Playing in the WA Wind Symph has been a truly rewarding experience for me. The ensemble is like a big family and it’s really incredible to perform exciting and challenging rep with them!" 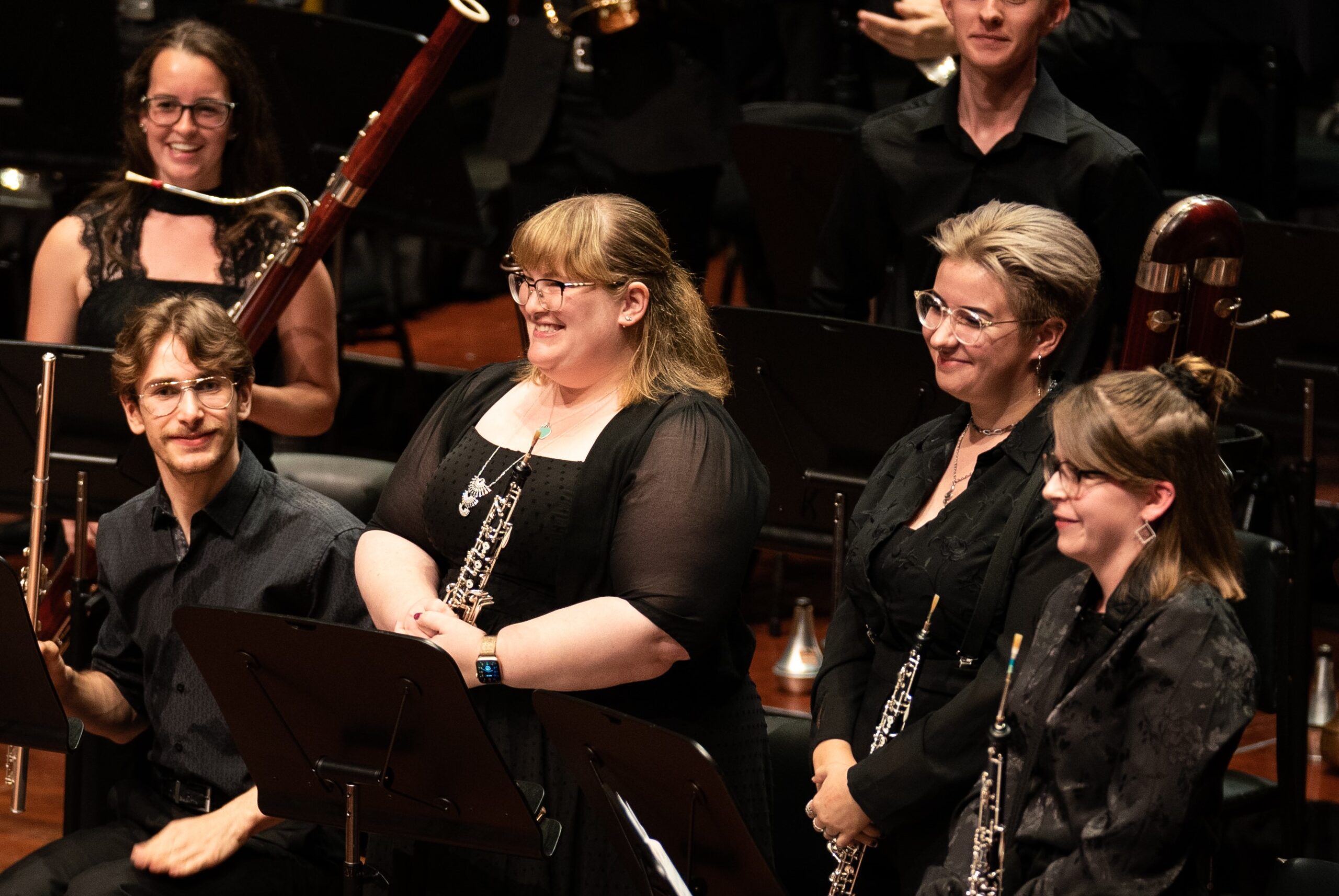 "Moving on from high school, I knew many who just stopped once they graduated. Luckily for me, my teacher encouraged me to join and I am extremely grateful for her push. I am now playing music at a level I couldn’t have imagined. The repertoire is always a balance between challenge and enjoyment. For someone not doing instrumental studies post high school, the Wind Symphony is a great way to keep up your skills whilst playing rewarding music."