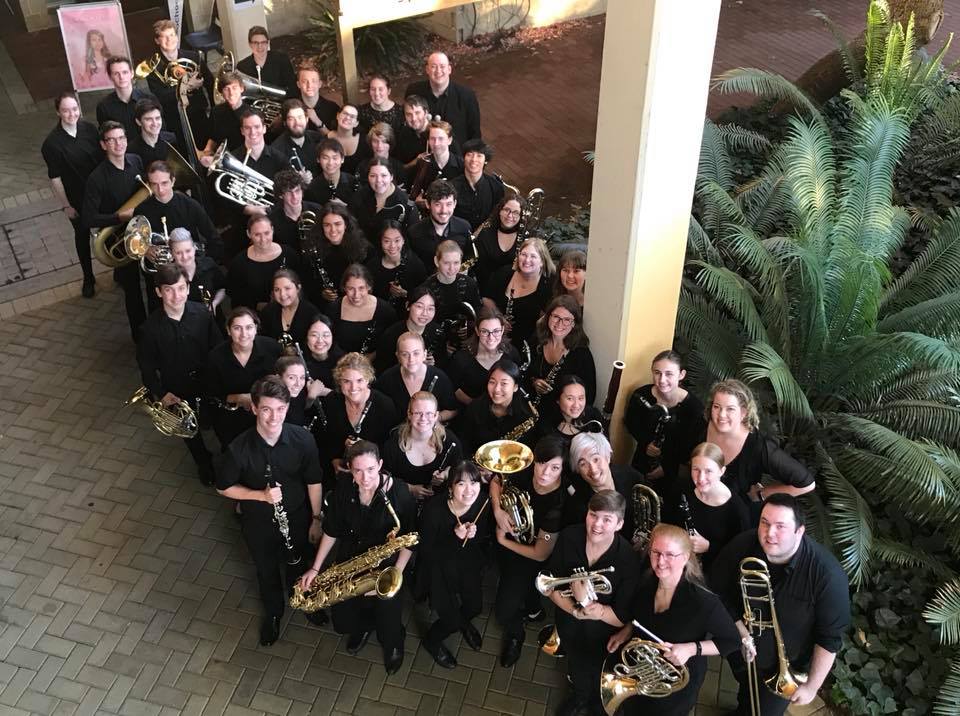 The Western Australian Wind Symphony are celebrating this weekend as winners of the WA State Band Championships for the second year running.

Not only did the Wind Symphony win the A division championship trophy, but trumpeter Kayla Samson also won the Ray Larner Award for most outstanding soloist in a concert band alongside clarinettist Lorenzo Italiano who won the A grade woodwind solo competition.

Led by Music Director Samuel Parry, the group was given an outstanding score by the adjudicator before winning the competition.

The competitive event hosted by the WA Band Association held at the UWA Conservatorium of Music this long weekend featured 18 of WA’s leading concert bands and brass bands from across WA with some coming from as far as Kalgoorlie to compete.

The adjudicator was so impressed with the WA Wind Symphony that they were extended an invitation to compete in Sydney.

“We are proud to be a part of the bustling band scene here in WA, and it was a thrill to participate in the state band festival along with so many other dedicated and talented community musicians. What better way to celebrate WA Day?” – Samuel Parry.

See the WA Wind Symphony perform in Songs of the Earth, 7:30pm Saturday July 21 at Churchlands Concert Hall. This concert will be a wonderful opportunity for families to enjoy a night with exhilarating music where all profits go to helping the organisation to change lives through music.