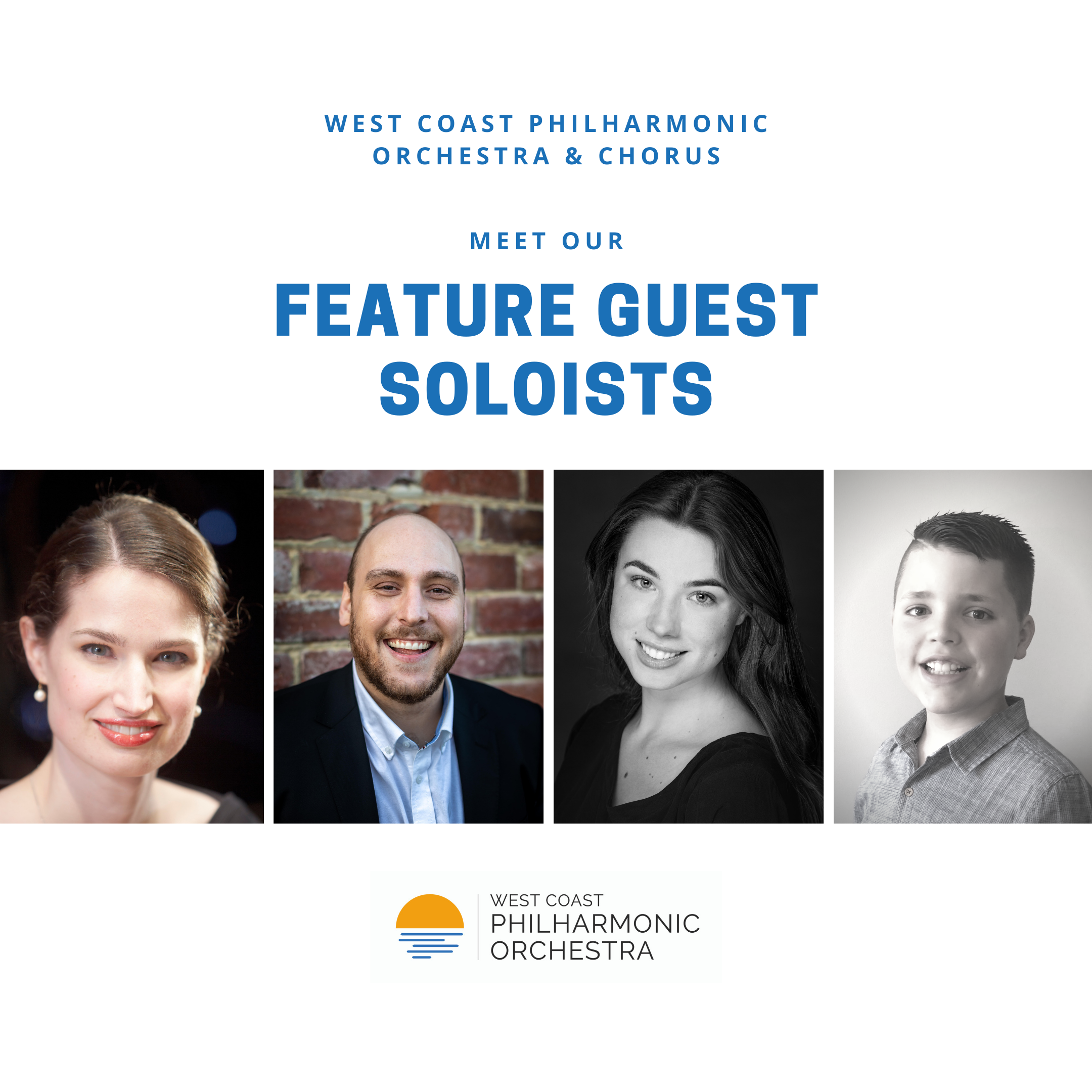 The sensational Katja Webb will be rejoining the West Coast Philharmonic as our soprano soloist. Katja has performed across Australia, Germany and the UK in all genres of vocal music from musicals through to operetta and opera. Critically and publicly acclaimed for her stunning, dramatic soprano and expert control, we are greatly looking forward to Katja rejoining us!

Perry Joyce will also be returning to perform with us as our tenor solo. Perry last joined the West Coast Philharmonic in our concert by Perth’s newest female-led production company MM Creatives Australia, last December 2020, bringing our much-loved animated characters (Olaf, Lumiere and Ursula the Sea Witch to name a few of ours…) to the stage – bigger-than-life in Perry’s renowned style. Perry has been lauded by the Perth community for his work as a singer, composer, conductor and teacher – needless to say we’re thrilled for him to be joining us to bring the Requiem to life.

The wonderful young artists joining us for the young soprano and treble solos will be local talents Phoebe Tait and William Atkins-Walters, respectively.

Phoebe is already an experienced soloist and chorister, having performed in Australia, the UK and Europe with the Gondwana Voices, the Sydney Children’s Choir and is currently studying with the illustrious Sarah Macliver.

Ten-year-old William has been immersed in music for almost half of his young life! A member of the Aquinas College Schola Choir, William has performed alongside WASO and the UWA Symphony Orchestra and has just recorded backing vocals alongside seven other Aquinas Schola choristers for The Corrs lead singer Andrea Corr’s latest solo release – Christmas Songs.

We’re so privileged to be working with so much local talent!

Tickets for Requiem: Love and Loss can be booked online via the Perth Concert Hall website or by calling the Concert Hall Box Office direct on 9231 9999.